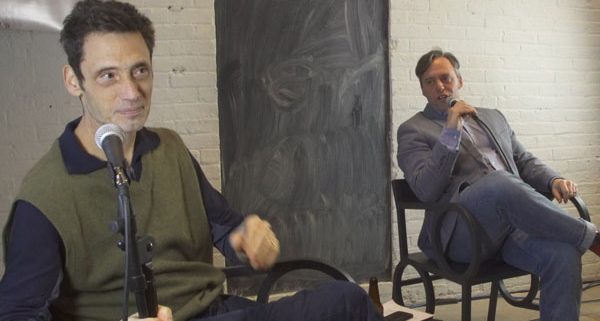 On February 8, Chronogram launched a new, monthly series to bring together community leaders, influencers and creatives for discussions about timely issues. For the first conversation, held at The Lace Mill, Chronogram Editorial Director Brian Mahoney and artist/O+ Festival founder Joe Concra explored “Gentrification & the Creative Class.” The topic grew from a collaboration between Chronogram and Lace Mill artists, who have the goals of engaging with the larger community, sharing their work and fostering discussions about issues that affect Midtown artists.

Concra acknowledged that artists, who often drive initial revitalization, may also be among the first to be displaced as an area improves, noting that has already happened in Kingston: Six of the O+ Festival co-founders have been priced out by Kingston’s accelerating rents. Concra suggested that perhaps we should consider a “% for gentrification” along the lines of the “% for art” that many communities use, with proceeds going to affordable housing, a concept favorably received by attendees.

Referencing Kingston’s rapidly changing demographics, Ulster County Legislator and urban planner Jennifer Schwartz-Berky discussed a recent survey conducted in several Midtown neighborhoods that have the city’s highest poverty levels and lie in the path of revitalization. She noted that gentrification is too complicated to be defined in the traditional sense and that the economy is going through cycles regarding the value of both housing and work.

“People who have lived here a long time may either own their homes or remain left behind by the loss of IBM and other industry,” she said. “[Midtown presents] a very different picture [to them than it does to] those who are speculating anew and bringing in capital generated in today’s top markets.”

Schwartz-Berky encouraged the group to consider that the 20th century free-market model of competition is fast proving less successful than cooperative models that are thriving in successful regions of the US, Europe and elsewhere. “Our community of artists and small businesses is an intricate ecosystem,” she concluded, “and we could benefit from economic development funding and programs that foster this new, forward thinking model.”

When Mahoney opened the discussion to the more than 50 people gathered, artist and arts-educator Betty Greenwald voiced concern that housing costs will continue to rise while few new jobs are being created. Guy Kempe, Vice President of Community Development for RUPCO, noted that affordable housing is the key to managing displacement and gave an overview of several Midtown ‘anchor’ projects his organization has invested in, including The Lace Mill, E-Square, Metro Complex and Stockade Works. These revitalizing projects drive the appreciation that attracts other investors.  See a clip of Kempe’s remarks here.

This spring, a RUPCO conference on gentrification will further explore these issues; readers interested in this topic may join Kempe’s Gentrification & Community Development Issues in Kingston FaceBook group.

MAD co-founder and artist paint manufacturer Richard Frumess observed that the core question is ‘will creating an arts district to meet the needs of artists and spur revitalization draw outside investment that ultimately displaces the very people it was meant to benefit?’ Frumess said his goal in helping to develop the arts district is to activate MAD’s Work Groups to take ownership of the district and to work toward equitable and inclusive redevelopment.

Sarah Carlson’s Growing Films taped the discussion for an upcoming documentary about how Kingston is evolving as a community.

Isn’t it time YOU signed up for a MAD Work Group? 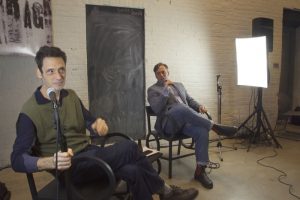 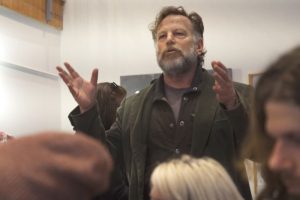 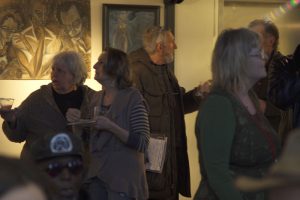 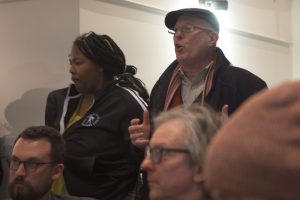 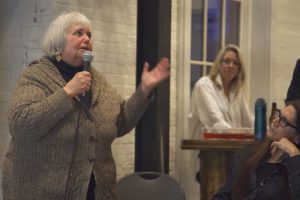 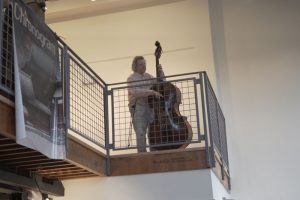