Painting never dies. It just keeps moving.
You get past the madness and through the training of meditation, see the truth of the universe.

Todd Samara was an artist who lived and worked for many years in Kingston’s waterfront Rondout District. Born in Brooklyn, Todd earned his BFA from SUNY New Paltz in 1983. Inspired by Rondout’s hilly streetscapes and views of the Hudson River, he translated its rows of 19th-century buildings, churches, and iconic Wurts Street Bridge into dream-like poetic visions in a fauvist style of simplified forms and glowing color. Described as “the quintessential local artist” by American Artist, which published an eight-page spread about him in its July/August 2010 issue, Todd exhibited at numerous galleries in the area and attracted a loyal following, with many of his patrons consisting of local business owners; his murals and paintings still grace the walls of Tony’s Pizzeria, the Hudson River Maritime Museum, and other venues. Lacking a car, Todd lived in a steel-hulled, turquoise-hued boat at the Hideaway Marina in the early 1990s before settling in a small house and studio on Hone Street, which he shared with his partner, ceramist and painter Leslie Miller, until her death in 2009.

In 2017, after being diagnosed with dementia, Todd could no longer live on his own and moved to Golden Hill Nursing and Rehabilitation Center, where on September 30, 2020, he passed away. It was a sad loss, but fortunately, his legacy lives on, thanks to the Todd Samara Art Fund Project, which provides annual artist’s scholarships and is dedicated to preserving Todd’s work. In October 2018, a group of local artists organized an auction of his work, part of a city-wide exhibition and celebration of the artist, that raised more than $30,000. At his family’s behest, the money was transferred into a fund overseen by a newly formed committee, which consists of a group of artists, friends and local business owners, and administered by the Kingston Midtown Arts District (MAD). “Since Todd and most of his work had such a connection to Kingston and the people there, we, his family, felt a scholarship would be a great way to keep Todd’s presence alive in the art community and to offer a little help to other artists,” said Tom Samara, Todd’s brother.

The fund is invested with Community Foundations of the Hudson Valley, and in 2019 an annual $1,200 artist’s scholarship, which is funded by the interest from the fund, was launched. Kingston-based artists across a wide range of disciplines applied, with the winner announced in September in conjunction with MAD’s Celebration of the Arts event and Red Goat awards ceremony. The first award winner was The Matter Digest, a graphic newsletter keyed to the local community that was produced and distributed for free by Havarah Zawoluk and Ernest Goodmaw. In 2020, the second annual award was won by Patti Gibbons, a widely exhibited artist and art educator with a house and studio in Uptown Kingston.

The Samara Art Fund Project is also dedicated to keeping Todd’s legacy alive through the preservation of his two murals on the exterior walls of the Hudson River Maritime Museum. Artist Chris Gonyea will be repainting one of the originals, staying true to Todd’s design and colors and using the same brand of sign paint used by Todd. A second mural, painted on plywood, is in such poor condition that instead of restoration, banners based on a photograph of the mural when it was just painted have been printed by Timely Signs and will be installed over the original; Timely Signs generously did the printing pro bono. The Samara Art Fund Project will also be creating an online catalog of Todd’s work and continues to host periodic exhibitions of his art, with the proceeds from any sales of his work going toward the fund.

Especially in these difficult times, when many artists are unable to exhibit their work due to the pandemic and have lost their jobs, the Samara Art Fund Project fulfills a valuable role in supporting local artists. If you are an artist, we encourage you to apply once we have announced the application process sometime next spring. If you are a lover of the arts, we encourage you to support the Samara Art Fund Project through a donation (see the link posted below).

Todd’s needs were simple, his encounters with others humble, his vision large. Eschewing fame or money, Todd lived for art, and it’s our hope that his creative spirit and commitment will be preserved far into the future through the Samara Art Fund Project. 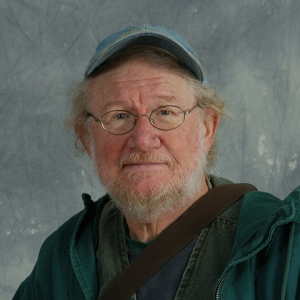 2019 Award Winner
The Matter Digest
A graphic newsletter keyed to the local community.