You are here: Home1 / Artists2 / First Saturday: A History and a Plan 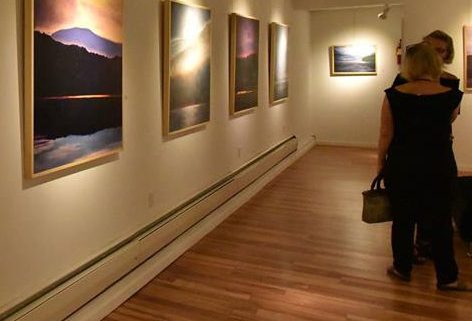 First Saturday: A History and a Plan

Nearly 30 galleries and other arts venues – most located in Midtown – are regularly open on Saturdays, providing an opportunity to once again attract the large crowds that historically flocked to First Saturday. MAD Business Work Group chair, Kitty McCullough, anticipates that First Saturday will offer an economic boost to a growing sector of arts-based businesses in Midtown and throughout Kingston.

Launched in the mid-1990s, Kingston’s First Saturday was the Hudson Valley’s first monthly gallery event and it led to Art Along the Hudson and regular gallery events in nearly a dozen communities. By the early 2000s, Kingston’s First Saturday was drawing 3,000 visitors, prompting Business Week and others to wax eloquent about Kingston in features profiling the economic impact of artists nationwide.

Last month, Donskoj met with a small group to share some history of the artistic high-energy in the mid-90s and to discuss plans to reinvigorate Kingston’s First Saturday.

The Kingston Sculpture Biennial (an outdoor sculpture show conceived by Dennis Connors and Henk Dijk) and the Kingston Artist Soap Box Derby (initiated by Donskoj and her then husband, George) began around 1995 and drew tens of thousands of visitors to the city. A citywide exhibit featuring the art of children drew a huge crowd and after that, galleries pooled their lists to promote regular monthly openings. Katharine McKenna, Henk Dijk, Chris Gonyea and Catharine Callahan formed the Art Society of Kingston, issued First Saturday press releases. A gallery guide followed, along with using the Kingston Trolley to offer a hop on/hop off way to visit arts venues, eateries and shops from Uptown to the Rondout.

“This Old Guard – which also includes Michael Lalicki, Susie Linn, Jay Bedient, Rick and Susan Whelan, Peter Wetzler, Richard Frumess and many others still active in Kingston’s art scene – remains enthusiastic about Kingston’s arts economy,” McCullough says “The mega influx of new young creatives is generating a ferment similar to that of those exciting past decades. MAD’s hope is to capitalize on the energies old and new and help them become a sustainable force in the Kingston economy.”