You are here: Home1 / Featured2 / Congratulations to this year’s awardees

CONGRATULATIONS TO THIS YEAR’S AWARDEES!

During our MAD Soirée on Sunday November 6th, we honored four champions of the arts in Kingston with the Annual Red Goat Award, as well as the Todd Samara Art Fund and the Community Art Award. Micah Blumenthal and Lindsey A. Wolkowicz received the Red Goat Award, Ben Eichert received the Todd Samara Art Fund Award, and Felix Olivieri received a special recognition Community Art Award.

The Red Goat Award recognizes and thanks people in the community for their outstanding service to the arts – people that are MAD (making a difference) in Kingston every day. Originally, the focus was on Midtown because of the MAD mission to use art to revitalize and reinvigorate a neglected part of Kingston. It was so named because the Red Goat was a recognized symbol of grassroots art and creative expression in Kingston. Artist Sue Tirrell beautifully handcrafts the Red Goat Awards and the MAD Board of Directors selects the awardees.

Lindsey A. Wolkowicz is a Kingston-based multidisciplinary visual artist and muralist. Wolkowicz received her MFA in 2009 at Pratt Institute and has held myriad education and administrative roles including over a decade in admissions at higher ed arts institutions, as a drawing instructor, and in studio and gallery management. In Spring of 2021, she became Art Director of O+ Festival, a local non-profit that provides care to artists and musicians by creating opportunities to exchange public work for access to wellness services.
www.lindseyawolkowicz.com www.opositivefestival.org

Micah Blumenthal is of mixed race and mixed religion, and grew up in two different socio-economic homes. He is a cis-gendered, working/middle class parent of two living Kingston, NY, and working to prove possibility and liberate the imagination in order to see a Just Transition. He serves on the boards of Radio Kingston, Wild Earth, O+, and CCE as well as being a member of the Stewardship Circle of Rise Up Kingston. He teaches mindfulness and is a workshop leader of TMI Project as well as host of Hip Hop 101 on Radio Kingston.
Todd Samara Art Fun Awardee

Ben Eichert grew up in an abusive, dysfunctional, and adoptive household and was institutionalized from the ages of 13-18. After a suicide attempt in 2014, Ben turned to Photography where he discovered he could create a portal into his world. His art allowed him to process his pain and explain how it felt growing up in an adoptive family, discovering and processing his African American ethnicity, and then again after finding his biological family in 2021. Art continues to help him speak more about how his experiences have impacted his life. https://beneichert.com/
Community Arts Awardee

Felix Olivieri is Kingston resident who was born and raised in the Bronx of New York City. Over his 30 years in the arts, Felix has won awards, instructed workshops, exhibited in gallery shows, parades and so much more. He’s always had a passion for helping young people share their talents through artistic expression. As an educator, he’s worked with college students and teens including at-risk youth, children with behavioral and emotional disabilities and young people with various levels of autism. 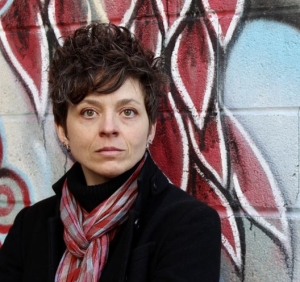 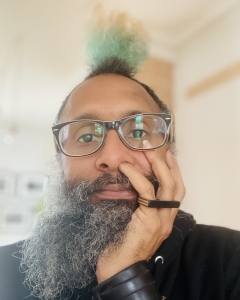 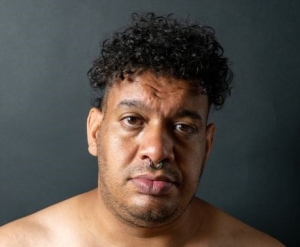 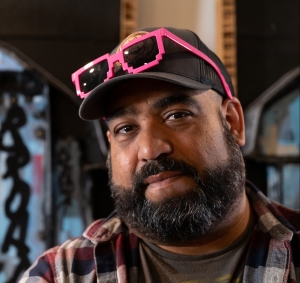