You are here: Home1 / Artists2 / Celebrating the Arts, Kingston Style

An exciting evening celebrating the arts happened on Thursday, August 3rd at The Collective on Broadway Commons. The 3rd Annual Celebration of the Arts was the best yet and included a weather event as usual. Thank you to all who volunteer, show up in support and give countless hours in the belief that when we work together good things happen. They’re happening, Kingston! 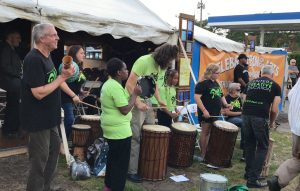 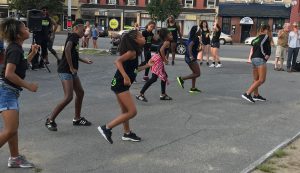 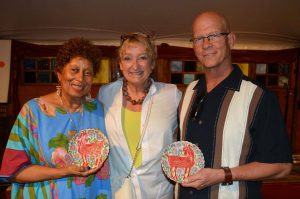 Red Goat Awards were created by Sue Tirrell Ceramics​ especially for the Celebration of the Arts. Thank you, Sue! Photo by Gloria Waslyn 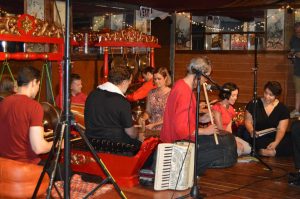 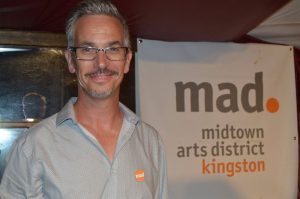 Robert Airhart of Makers and Growers at the Collective, the tent building genius behind our venue! – Photo by Gloria Waslyn 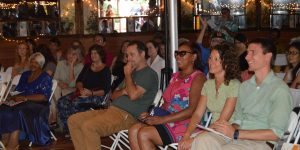 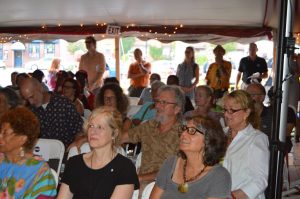 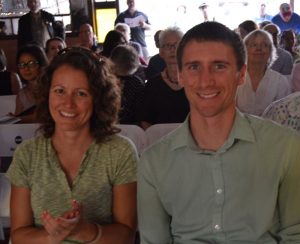 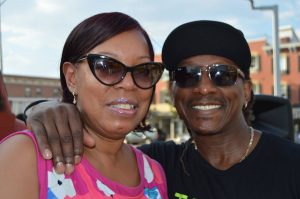 Nina Dawson, Ward 4 Alderwoman and Drew Energy, of Center for Creative Education – Arts with a purpose – Photo by Gloria Waslyn 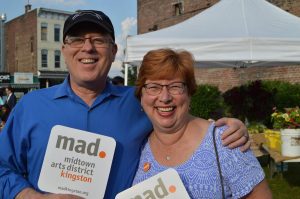 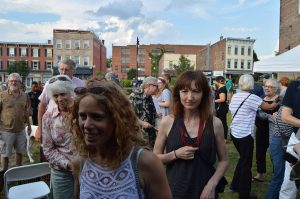 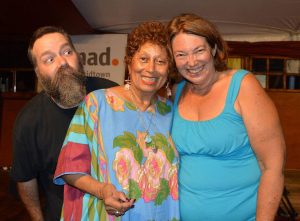 Carl Welden, the man that turns a tent into a sound stage, Ione, and the photographer of the ARTS 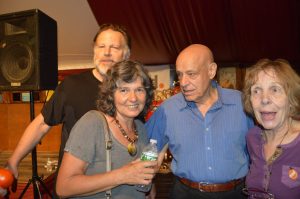 Peter Wexler, Lynn Woods, Robert Boudreau (owner of the Point Counterpoint II craft designed by Louis Kahn for Boudreau, who used the boat as the touring venue for his American Wind Symphony Orchestra), and Mrs. Boundreau. – Photo by Gloria Waslyn