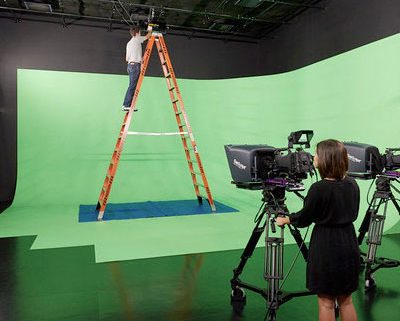 Three major film and video production hubs (existing and under development) are positioning Midtown Kingston as the regional center of gravity for the film/video industry. Seven21 Media Center and RUPCO’s development of The Metro and Stockade Works – as well as the Center for Creative Education, Hudson Valley Tech Meetup and retail space – are all about “lights, camera, action!”

Three of the key businesses at Seven21 are:

K-Town Studios is the only completely professional post-production audio recording and mixing facility in the Hudson Valley. Owners Tod Levine and Ron Kuhnke possess more than 30 years in the pro-audio industry and use the finest digital and vintage analog equipment in an acoustically stunning and balanced environment. Their full-service music and audio post-production and mixing facility focuses on the independent music and film markets.

RUPCO, the region’s leading developer of affordable housing, recently received $1 million in NYS funding to develop the facilities. A leading supporter of regional community development initiatives and a major guide in the development of the Kingston Midtown Arts District, RUPCO opened the Lace Mill Artist Lofts in 2016 and is currently developing Energy Square (or E Square) a $22.5 million, mixed-used development at 20 Cedar Street in Midtown, just off Broadway. E Square will have 57 affordable live/work units for tech creatives. Its 10,000-square-foot first floor will house the Center for Creative Education, the Hudson Valley Tech Meetup and retail space.

Stockade Works, a non-profit organization that is developing a film and technology co-working facility, is the brainchild of director-actor Mary Stuart Masterson (Some Kind of Wonderful, Fried Green Tomatoes, Benny and Joon).

Stockade Works will create a state of the art film and tech production hub where the film and video community can access the tools of technology and learn how to use them. The complex will include TV and film production studios and post-production facilities; serve as a magnet for outside productions seeking a film-friendly environment; and offer media-industry training opportunities. Annual Crew and Tech Boot Camps will train the local workforce, increasing the region’s ability to meet the unique needs of the regional film industry on a long-term basis.

Nearly 1,800 members of the Hudson Valley Tech Meetup gather each month at locations all along the Hudson River to connect with their peers and share local opportunities. Meetups attract creatives, engineers, entrepreneurs, educators, students and lovers of all things tech, and are a networking mecca for film and video makers. Tech Meetup co-founder Kale Kaposhilin serves on the Stockade Works Advisory Board.