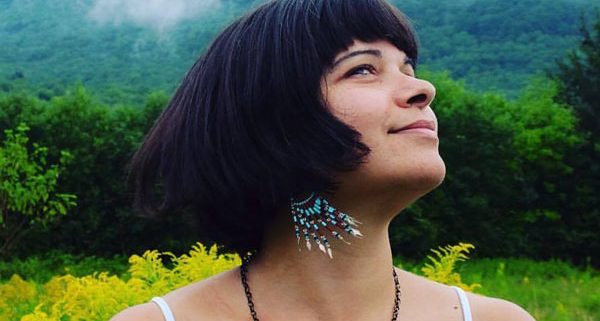 Last year, filmmakers Lynn Woods and Stephen Blauweiss put Kingston film artists on the map with their stunning and provocative Lost Rondout documentary about the devastation of 1960s urban renewal. Over the years, Blauweiss has also created many short features promoting Hudson Valley arts and artists, and Jamal David Sanders’ captivating video, Midtown Kingston, adds to the mix as an apt reflection of our community as it is today.

Lace Mill resident Sarah Carlson shines another beacon on community-based solutions with Food Deserts in a Land of Plenty (Growing Films). Her 30-minute documentary on Illinois residents (including Chicago’s South Side) who cannot rely on easy access to fresh, healthy food spawned a local activist movement and a new take on agrarianism. Carlson turns her lens on activists, students, single moms, farmers and legislators who responded by becoming urban rooftop growers, first generation farmers and public policy champions. A January showing at the Lace Mill identified a local “food insecurity” issue and attendees from the farming, social services and creative communities discussed ways to help Kingston be more resilient and resourceful.

“Food insecurity is not a simple problem and there is not a simple solution. Educating as many folks as possible will allow this message to take deeper root because food is, after all, one of the key building blocks of a culture, economy and community,” says Carlson.

Carlson is a member of the MAD Steering Committee and the Artists Work Group, and she coordinates the Lace Mill’s resident arts council. “Filmmakers and creative have a huge role to play turning disparate facts and points of view into a woven portrait of the issues,” she says. “This gives us greater insights into ourselves as a community. We can bring ideas to life visually through storytelling and give voice to many that are often not heard and seen. It’s crucial to re-weave the community back into the conversation because if it’s not a two-way street, any solution will probably not be sustainable and could lead to a form of dependence.”

Learn more about Carlson and her company, Growing Films, and view trailers of her work for Omega, Olana, O+ and others.

Storyboard artist and animator Simon Ampel is an old-fashioned cel animator (who spends all of his time drawing cels on a new-fashioned computer), cartoon director, story-man, designer and illustrator.

Dawn (Wan) Bisio worked as art director on the indie film The Day I Shot President Kennedy, and as set director on Here Dies Another Day, and her own short film, Who’s Looking Now?, screened at the San Francisco International Asian American Film Festival, among other festivals. She’s working on Knuckleheads, a webisode series about two small-time female crooks.

Stephen Blauweiss, an independent filmmaker and graphic designer, created Lost Rondout: A Story of Urban Removal with writer Lynn Woods. He is executive producer of ArtScene web-TV; a segment producer for AHA! on the PBS station, WHMT; and is working on documentaries about MAD and the history of Woodstock as an arts enclave.

Felix Olivieri is a filmmaker, assemblage artist and tech artist using a 3-D printer. He has a long history in art and digital media, and has worked on video projects, package design, websites, prop making and soapbox building, as well as full service media production.

Film and video maker Chris Rahm is an “endgame strategist” and lead editor and production manager at Oceans 8 Films. Rahm produced a film about the three-story mural, O Wind, Take Me to My Country, by O+ Festival artist Jess X Snow which “honors the legacy of migrant women of color who have risked their lives to bring their families across oceans and deserts in search of safety and survival.”

Rebecca Rojer is a designer, illustrator and filmmaker and the founder/creative director of Beccatron Studios, a full service multimedia production company. Her film Ashley/Amber premiered at Berlin Film Festival and has since screened around the world.

Rubi Rose co-directed and co-produced the award winning short documentary, The Twelve-Foot-Tall Rabbits of Rokeby Farm (Crow-Tone Productions), which was featured at the 15th Annual Woodstock Film Festival. Rose is currently producing a series of music videos and is the director of the Red Hook Film Festival.