You are here: Home1 / Featured2 / A PUGG Blog Feature – Drawathon

THE CREATION EXTRAVAGANZA OF THE DRAW-A-THON

In all my years of working with the D.R.A.W., there has been no event that captures the essence of what we do here more than the Draw-a-thon. Inspired by a similar event held annually in New Orleans, we cover the walls and floor in paper and encourage people to draw on everything. The brains behind the operation, Lara Giordano, orchestrated the planning and execution. The PUGGsters were the soldiers who crafted different ideas for the event and carried out the creation of various elements. Everyone’s combined effort made the Draw-a-thon an unforgettable piece of D.R.A.W. history.

With the Draw-a-thon of last year on our shoulders, we had several ideas to work with. We decided which ideas to keep from the past event and which new ones to implement. Pet Portraits, Drawing in Space, and a small Origami table were brought back. Origami is self-explanatory. Pet Portraits were small portraits people would draw their pets in, and then set them up on a paper fireplace we made. Drawing in Space was a station where people would come to bend wire into whatever they liked and then hang it from blue and pink clouds. 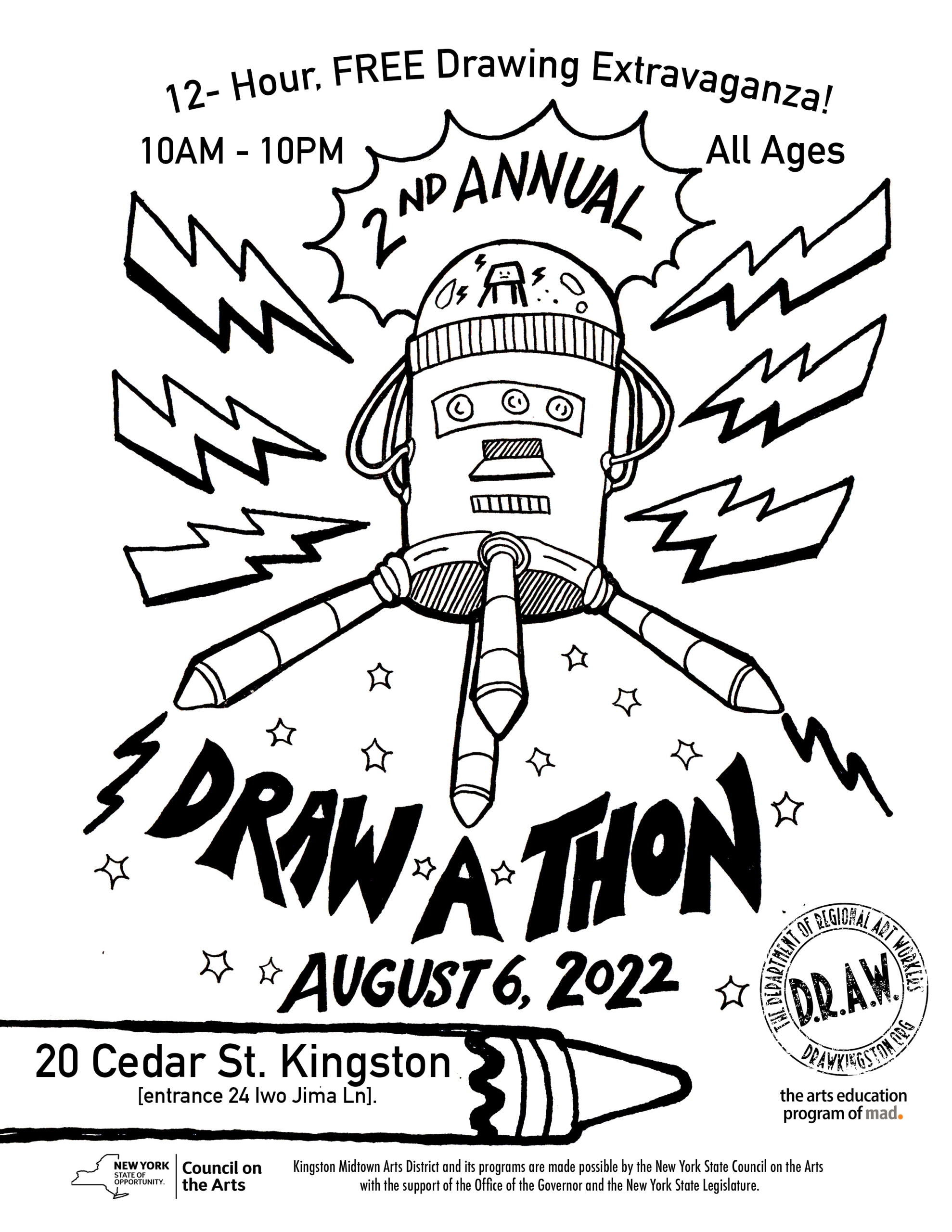