You are here: Home1 / Interview2 / Kristopher Johnson: “It’s a camera, not a magic wand.”

Kristopher Johnson: “It’s a camera, not a magic wand.” 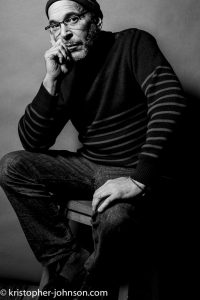 When did you first know you were an artist?
Good question.

What are the most interesting new trends in your field? Is your work changing as a result?
It’s not a new thing, but shooting digital eliminates film cost, so I can shoot as much as I want without running out of film.

Talk about your creative process – where/when do you get most of your ideas and how do you know a piece is ‘finished’?
In recent years, I have been shooting mostly portraits in a Photo Booth type setting I like to call ‘Pop Up Portrait Studio.’ I enjoy the challenge of capturing the real essence of my subject. I was told recently that I “capture the moments in-between” in my portraits: I like that.

As to when is a photo finished, I’m not heavy handed with the “Photo Shop.” To me, it’s the editing of a shoot that is the most important part of the process. Whittling away at all the images to get to the perfect one. Finished.

Do you also teach or are you strictly a creative artist? Who was your most influential mentor and why?
I do not teach. 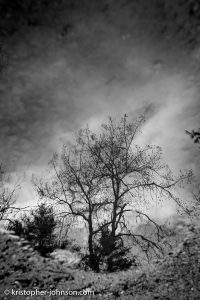 What are you working on now?
I’m working on a project called ‘Crack in the Universe.’ (at right)

How has being in Kingston enhanced/inspired your work? What do you like best about living in Kingston/being involved with MAD? How long have you been here?
As a newcomer to Kingston going on three years now, I have had the opportunity to work with Uncle Riley on the Paint the Town Yellow / Optimism project. I look forward to doing lots more in the Kingston community.

Is there any other information you wish to provide?
I fell in love with photography at 16 years old, when I discovered my father’s old Minolta SRT 101 35mm camera and lens. I taught myself how to use them and I was hooked.

After a short stint at The School of Visual Arts in the mid-80s, I became a freelance assistant and B&W printer for fashion, commercial and still life photographers. Working in this capacity allowed me to learn from some of the best photographers in the business. I was also blessed with the opportunity to travel the world as a photography assistant. My own work at that time was mostly B&W fine art nude photography.

In 2010, I opened ‘Deep Tanks’ with my partner Florence Poulain, a Butoh dancer. Deep Tanks was an underground visual arts and performance arts space and my studio, and it was located on Staten Island, New York. We were in operation from 2010 to 2016. I began to capture portraits of artists and performers at Deep Tanks. Many of the photos on this site are from this period.

In 2011, I began to photograph people at Lumen, an annual international visual and performance arts event on Staten Island. I wanted to focus on the artists participating in the event on location, but many were too busy to pose, so I shifted my lens to those attending the event. That year I captured 52 portraits. During that same year, my ‘LUMEN ARCHETYPES’ series was born, as well as the ‘Deep Tanks Photo Booth.’ Every year since then I have documented Lumen artists and visitors and, in 2016, I photographed more than 600 people in six hours at Lumen.

I no longer use the name ‘Deep Tanks Photo Booth’ as Deep Tanks Studio is not in operation right now. I have set up my pop up studio in bars, basements, city parks and mud rooms, and have photographed at block parties, weddings, birthdays, drag shows and many other events.

In 2016, I moved from New York City to a 125-year-old Victorian house in Kingston, which has an amazing attic that is now my studio.

Favorite Quotes:
“God lights the earth with one light,” attributed to Albert Watson.
“It’s a camera, not a magic wand.” – Kristopher Johnson 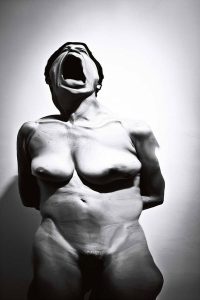 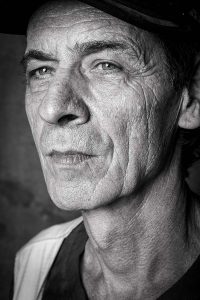 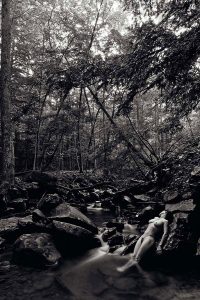 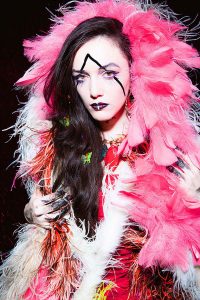 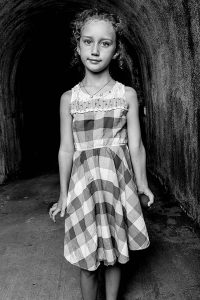