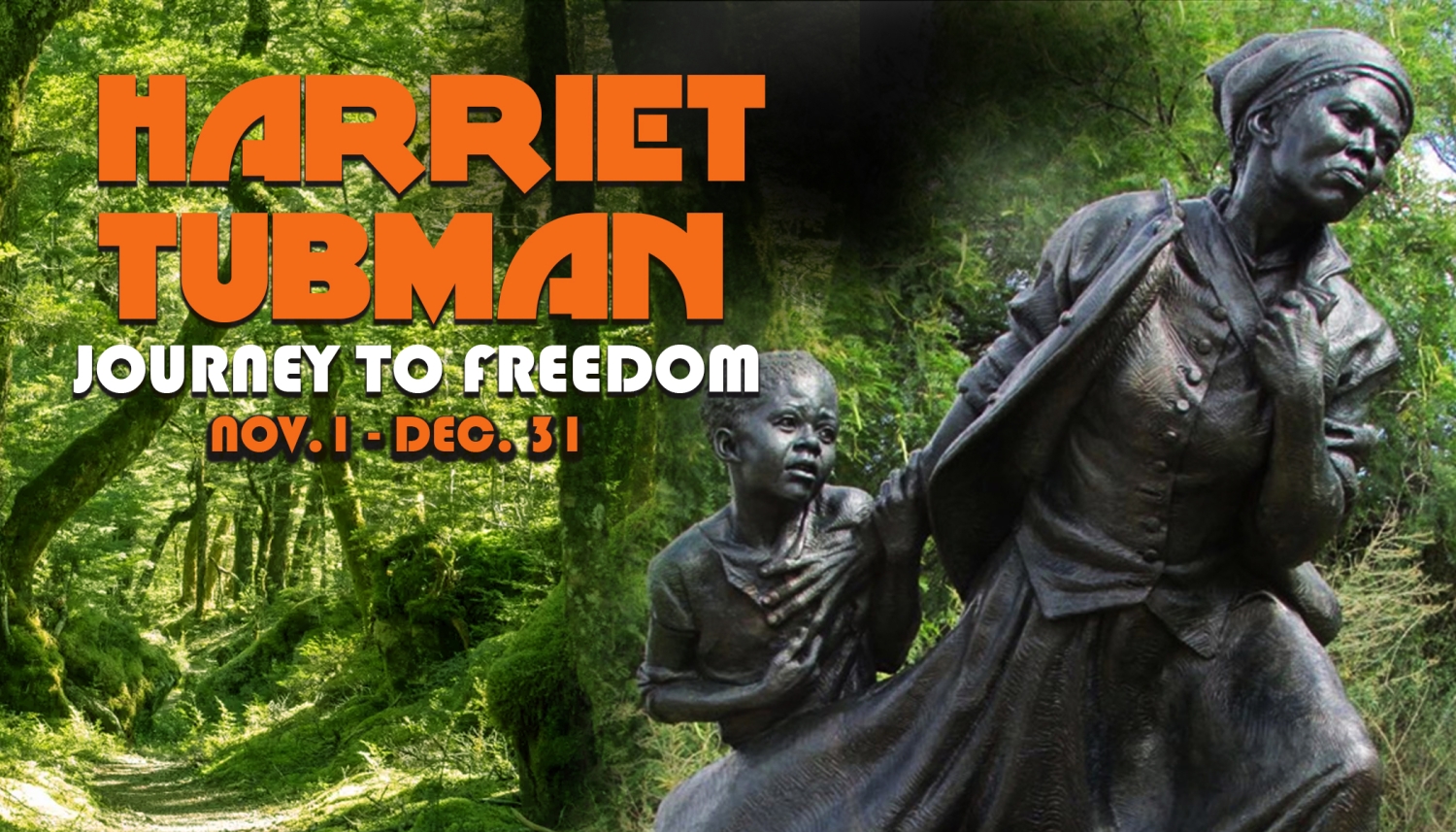 “Harriet Tubman: Journey to Freedom,” a 9-foot, 2,400-pound bronze sculpture created by internationally recognized artist Wesley Wofford, will be on display at the Ulster County Office Building, 240 Fair St. in Kingston, from November 1, 2022 through January 2, 2023.

One of the highlights of the exhibition is the arrival celebration of the sculpture, “Harriet Tubman: Journey to Freedom”. This sculpture will be installed during a program at the Ulster County Office Building (on the corner of Fair St and Main St) on Tuesday, November 1 from 4:30-6:00pm. The installation will be a temporary outdoor exhibit at the County Building and will remain on exhibit until January 2, 2023. In addition, a schedule of events spanning two months is will be presented in partnership with local cultural organizations that will celebrate the legacy of Harriet Tubman. These virtual and in-person programs will happen throughout Kingston and Ulster County and will reflect the themes of activism, role models, heroes, human rights reparations, freedom, resilience, determination, contributions of strong women, and equality.

Featured programs include a screening of the movie Harriet; music, dance, and theater performances; conversations with notable local artists focusing on the power of public art; historical tours; art-making activities; author and artist discussions; celebrations of the anniversary of Harriet Tubman’s 200th birthday; and much more. Participating organizations include Kingston Library, Harambee, MyKingstonKids, the City of Kingston’s Office of Arts & Cultural Affairs, Kingston Midtown Arts District, The D.R.A.W., Center for Creative Education, UPAC, Old Dutch Church, the Ministry of Maåt and others to be announced.

Wofford, the creator of the statue, said, “There is a lot of embedded symbolism within the narrative of the piece. The contours of the base represent the Maryland/Delaware Peninsula, where Harriet was enslaved, eventually escaped, and continued to return for her freedom raids. The dramatic step up/cut is the Pennsylvania state line, and they are stepping out of the slave states to an elevated freedom. The dress is enveloping the young girl, billowing protectively like a flag, and is meant to represent all the legal protections afforded every United States citizen-a symbol of the future equality to come.”

“We are so honored to have this monument to this singular woman and leader of the underground railroad here,” Lisa Berger, Ulster County Director of Tourism states. “The nearby Hudson River allowed Kingston to play a significant role in the Underground Railroad, and it is fitting that this remarkable tribute is at our site.”

“We know the Hudson Valley was one of the main arteries of the Underground Railroad,” wrote author and historian Fergus Bordewich, referring to the early to mid-1800s when fugitive slaves traveled to freedom with the help of abolitionists. “We know that large numbers of fugitives were sent from Philadelphia to New York City, and up through the valley to Albany and Troy. Most of them were sent onward to Central New York, Vermont, or Massachusetts.”

The statue is an artist’s copy of an original private commission in Dallas, and it is on an exhibit tour. Sculptor Wesley Wofford was a figurative sculptor in Hollywood who created realistic people and animals for more than 75 television shows and films, among then “Hannibal” and “Batman and Robin.” He is a fellow in the National Sculpture Society and the Portrait Sculpture Society. He moved to Cashiers, N.C. to establish a studio and pursue fine art sculpture.

“We are excited to offer this artwork to the people of upstate New York and are thankful for the generosity of donors to make this possible,” Berger adds.